Ever since Rivian demonstrated an R1T prototype completing a so-called tank turn, where a vehicle is able to turn on the spot—a full 360 degrees—by spinning the left and right wheels in opposite directions, made possible by the R1T’s four electric motors, we’ve seen other automakers either launch or hint at similar novelties.

While the R1T doesn’t offer a tank turn feature just yet, GMC with its Hummer EV offers what it calls the crab walk. Here an all-wheel-steering system enables all four wheels to turn in unison, enabling the vehicle to move diagonally side to side.

Mercedes-Benz has now released a video depicting a prototype of its EQG completing a tank turn. Mercedes calls it the G-Turn, and said the feature will be available on the production EQG. The electric G-Class is expected to arrive in 2024, though it isn’t clear if the G-Turn will be available at launch. 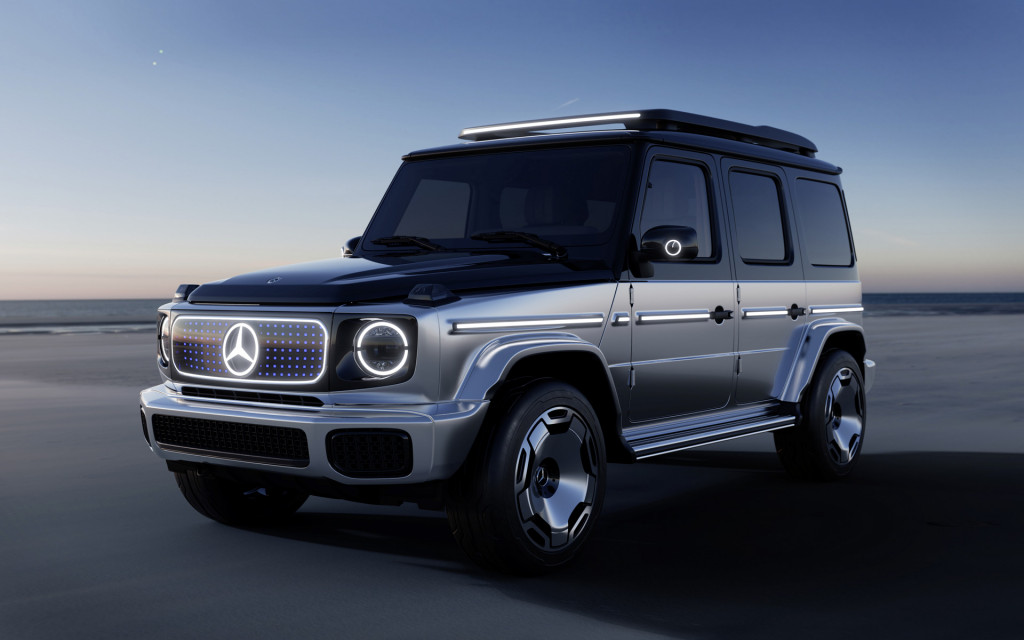 The feature is made possible by four independently controlled electric motors, a setup Mercedes previewed on an EQG concept unveiled last year. You’ll notice Mercedes has demonstrated the feature on loose soil. We can imagine it proving handy on tight trails. Although it should also function on a hard surface, this will cause significant wear to the tires.

At the EQG concept’s reveal, Mercedes said the planned production version would match the off-road capability of the gas-powered G-Class, including the ability to tackle 100% grades in suitable terrain. The concept had a ladder frame and 2-speed gearbox for off-road gear reduction, just like in the gas-powered model.

We’ve since learned that the EQG will feature at some point an advanced silicon-anode battery chemistry to pack in more range without packaging sacrifices. It will be supplied by Mercedes-backed Sila, which plans to start manufacturing cells in Washington State mid-decade for a planned “range-extended” version of the EQG. Mercedes also plans to use this chemistry in other future models.

← Review: 2022 Hyundai Tucson Plug-In Hybrid feels at home with its range Witness the Gordon Murray T.50 supercar get tortured in the name of safety →
%d bloggers like this: